How Powerful Is The Vatican? 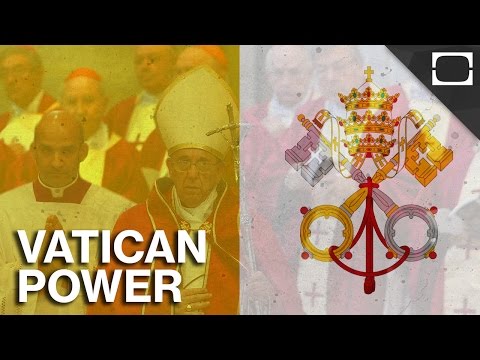 Recently, a number of terrorist threats have been directed at the Vatican and the city of Rome.

Vatican City State
http://www.vaticanstate.va/content/va...
"Vatican City State was founded following the signing of the Lateran Pacts between the Holy See and Italy on February 11th 1929."

Church or State? The Holy See at the United Nations
http://www.population-security.org/cr...
"The Roman Catholic Church is uniquely positioned to influence international deliberation on a wide range of issues, including population, family planning, and women's rights."

U.S. Relations With the Holy See
http://www.state.gov/r/pa/ei/bgn/3819...
"The Holy See is the universal government of the Catholic Church and operates from Vatican City State, a sovereign, independent territory."

Watch More:
Why Does Everyone Love Pope Francis?
https://www.youtube.com/watch?v=ljlRH...

TestTube's new daily show is committed to answering the smart, inquisitive questions we have about life, society, politics and anything else happening in the news. It's a place where curiosity rules and together we'll get a clearer understanding of this crazy world we live in.