Gucci Stories: The Myth of Orpheus and Eurydice 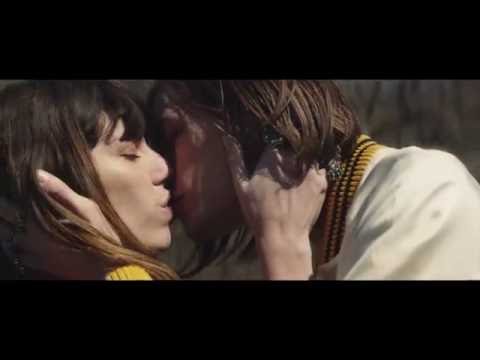 Gucci’s “The Myth of Orpheus and Eurydice” is a four-part series of short films shot in New York. “Palo Alto” director Gia

Coppola casts a contemporary lens over the Greek legend, starring the ill-fated lovers and the Pre-Fall 2016 collection.

According to the ancient tale, talented musician Orpheus descends to the underworld to retrieve his beloved wife Eurydice, who steps on a poisonous snake and dies after being chased by Aristaeus. Moved by Orpheus’ music, Hades, ruler of the afterlife, allows him to take Eurydice back under one condition. Eurydice is to follow Orpheus while walking out to the light, but he can’t look back otherwise she will return to the land of the dead forever.

Chapter 1: The Wedding
In the wedding scene, Eurydice, played by singer songwriter Lou Doillon wears a serpent embroidered gown from the new collection. To match it perfectly, Alessandro Michele created a custom diaphanous tulle veil with a four-foot train shaped like a butterfly.

Chapter 4: The Petition of Hades
Gia Coppola’s dreamy take on the myth is accompanied by a modern pop score arranged by Dev Hynes, who composed a melodic tune for Orpheus to strum when charming Hades in a subterranean club.