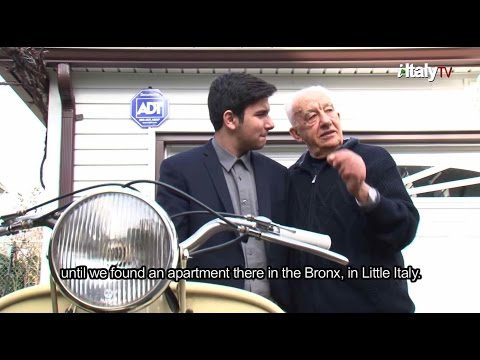 by couples of grandparents and grandchildren. Their conversations touch on all central issues concerning Italian identity in the US, from immigration to religion, from language to cooking and traveling in Italy.

This video is a presentation of the full project and serves as a kick-off to a campaign to expand the project in the months ahead. What we envision is a collective narration of the Italian experience in America to be handed down from one generation to the next, shown in schools and colleges, and distributed via the Internet and public television both in Italy and in the US.

This first series of “Grandparents and Grandchildren” was produced by i-ItalyTV and ANFE in 2015-2016, with the support of Italy's Ministry of Foreign Affairs, Direzione generale per gli italiani all’estero e le politiche migratorie. The videos were shown on TV as part of the weekly program “i-ItalyNY”, airing every Sunday at 1PM on NYC Life (Channel 25 & HD 525), and then made available on the Web (www.iItaly.org).