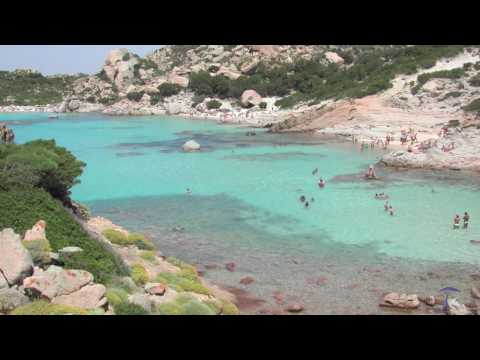 Sardinia is the second-largest island in the Mediterranean Sea (after Sicily).

It is an autonomous region of Italy, and the nearest land masses are (clockwise from north) the French island of Corsica, the Italian Peninsula, Sicily, Tunisia, and the Spanish Balearic Islands.

The name Sardinia is a Latin creation, possibly based on that of the dominant indigenous ethnic group, called the Sardi/Sardini in Latin ( source Wikipedia )