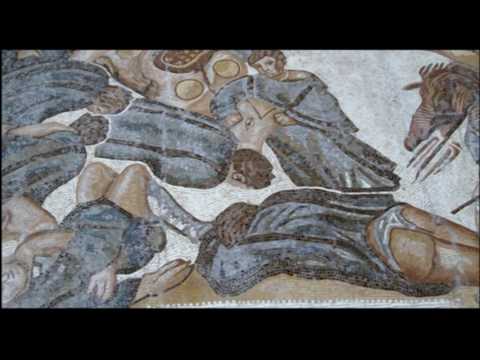 The film, made in collaboration with the municipality of Rome and the Ministry for Tourism, was presented as a special event at

the Rome Film Festival and looks like the business card of the capital in the world through even a smaller version three minutes to be broadcast on major stations in the world.

The two protagonists, the tenor Andrea Bocelli and actress Monica Bellucci, interpret the protagonists of Tosca by Giacomo Puccini, Roman work par excellence, and relive the magic of the city suspended between past and future through the images of the great director who chooses' water as opera conductor wire.

Zeffirelli's signature, one of Italian excellence in the world, gave the documentary a world famous even before its presentation so much that many embassies have bought the product without having seen the content.

The cost of production, made entirely in Rome, was around 750 000 euro. It used a sophisticated digital camera Red One for the shooting signed by director of photography Daniel Nannuzzi, son of Armando Nannuzzi, who worked with Franco Zeffirelli 70s. The production of digital visual effects was supervised by Pierfilippo Siena.
This has been a Mad For Italy presentation
the "Italian platform in English"!
Come get your daily Italian fix, join us on youtube by subscribing,
like us on Facebook https://www.facebook.com/madforitalyn... ,
visit our web platform www.madforitaly.net